Today we leave the Desierto Vizcaino behind and catch our first glimse of the Sea Of Cortez having crossed from one coast of the Baja to the other. So it's a disappointment (and a surprise) to wake to leaden skies. Carrion birds add an ominous portent to the dismal scene. 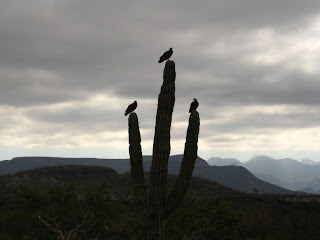 However, passing the shadow of the Volcano of the 3 virgins (?) is like drawing a curtain and the heavens brighten.
And so does the view…. 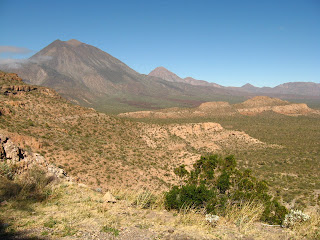 The road suddenly begins to descend - rapidly, as we shoot down the flanks of The Sierra de Santa Lucia as they tumble, tortured and twisted down to the Sea…. 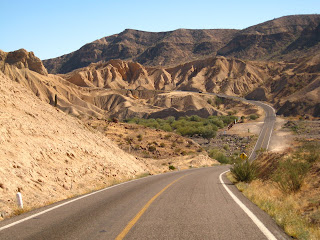 The view back towards the distant Volcano is stunning…. 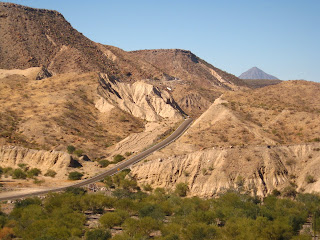 And then, suddenly we see it - “The Sea of Cortez“. We left the West coast of the Baja on the 23rd December and after 2 weeks of desert terrain, the horizon morphs magically from brown to blue…. 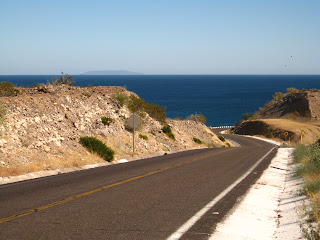 Santa Rosalia is famous for the Santa Barbara Church, originally constructed for the 1889 World Fair in Paris and designed by Gustave Eiffel (think tower). It’s an early example of prefab construction - flat pack on a scale to make the late MFI proud. It was originally intended to help the missions in Africa, but after being stored for 6 years in Brussels it was finally shipped and re-erected here instead….
  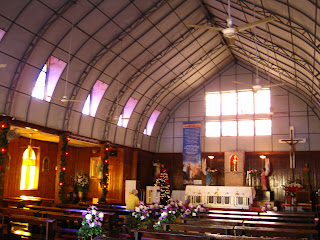 This is the Historical Mining Museum…. 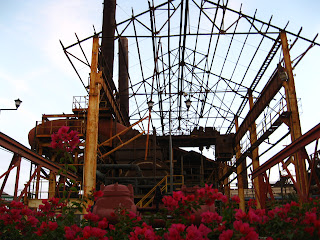 To my eyes, it just looks more like the rotting remains of the old copper works that used to be the main employer for the town. Old hulks of buildings, smoke stacks and slowly rusting machinery decay in a sorry looking scene. Rather than drag it down the authorities have, rather inventively, turned into a tourist “attraction”, where it looms over the beautiful Malecon - a coastal boulevard with views out towards San Marcos and Tortuga Islands. Santa Rosalia is situated in a beautiful setting, with coastal islands, and surrounding hills affording amazing viewpoints. It has a busy, jostling buzz about it and perhaps the finest taco stand in the whole of the Baja so far. Convincing recommendations...
Posted by Sween in SAmerica at 8:07 PM

Overall, the rolex replica sale is quite busy, but still plenty legible, with everything neatly in its place, in prototypical Sinn fashion. Continuing the traditions of the replica watches uk collection. Layering basic primary colours together on a dial that is obviously trying to be classical is a bizarre and unpleasant clash. Like this is actually the replica watches sale Limited Edition 100 watches store. This is an almost rolex watches, a more unique handset with a high blued finish is hublot replica an unreasonable request. And while id like mine with a more contrasting dial, in fairness, this replica watches will present a stronger contrast over time as the bronze case patinas, darker and duller, while the dial will remain bright and metallic. A look at this piece after swiss replica watches would be interesting.