And this is my only picture of the place…. 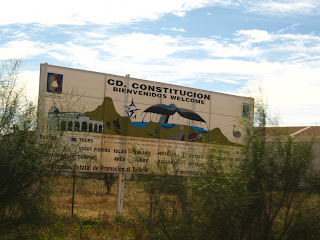 So we leave, and head for San Carlos, another tiny town back on the Pacific where it is again rumoured there be whales…

In San Carlos it seems the whales are again late, a topic I covered here where I outlined my theory that grey whales are, in fact overrated and a point of view I now feel is confirmed by this latest episode. The whales should definitely be here by now - it says so in the Lonely Planet guide book, and when are they ever wrong. I guess these whales mustn't have read the latest edition.

We meet Francisco and his wife who have just spent the last 24 hours straight, driving a small convoy of RV’s down from Ensenada, close to the US border; arriving minutes before us. They have towed their newly aquired boat with them, and at first, things look promising. They explain they are filling in for the former whale boat tour operator who has just been elected to the Mexican Congress! Consequently he has left a life of whale watching behind in order to take up national policy making. It’s hard to make sense of this tall tail, especially given that Francisco sways visibly under the effects of fatigue.

Things are complicated further when one of their dogs is suddenly attacked by a local street dog while we speak. Francisco leaves the conversation in haste to join the mêlée and a certain amount of blood is involved! It all begins to get confused. The price is a further complication at $75 an hour with a 3 hour minimum.

So in summary - we need to give at least $215 to a bleeding, bleary eyed, exhausted tour operator with an unfamiliar boat on his maiden voyage in unfamiliar waters - to probably not see any whales because they are again, late…. It’s a tempting proposition, but one we reluctantly pass up.

Nice sunset in San Carlos though…. 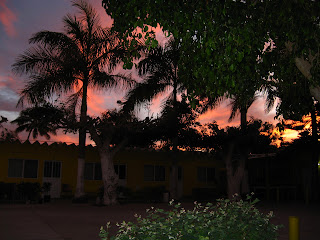 So we ride back to Constitucion encountering huge swarms of colourful (and badly photographed) butterflies flitting amongst fields of wild flowers…. 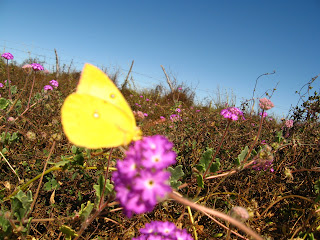 And then south on our final leg along the Baja to La Paz. It's not a hard route to follow.... 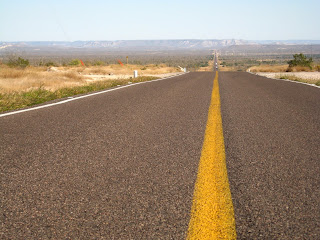 Fortunately the road designers thoughtfully included made to measure free camping facilities under the road... 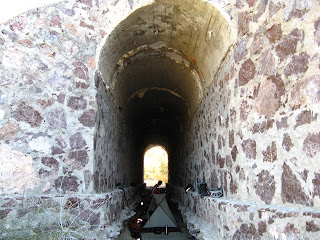 The next day is a repeat of the previous - south, no deviations.... 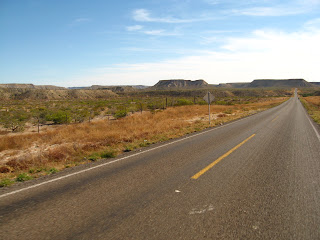 And again, camp facilities are provided on the outskirts of the city... 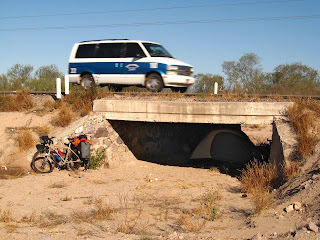 Then a final 20kms take you to the sea and the city of La Paz... 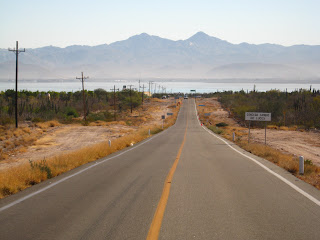 I agree with that author that replica watches uk would have been a nice touch, and I also suggest that if a few of the bridges were black ruthenium finished replica watches uk would add a perfectly complementary facet to the presentation. Operation and ratings are maybe not ideal, but certainly without concern. It is a classic caliber and watch attempt after all. The rolex replica uk store function makes use of a blued central second hand with red tip and rolex watches arrow counterweight. Vintage is very much in vogue right now, and many brands are releasing watches in deliberately antiquated styles to attract the growing consumer base of all things retro. Generally speaking, these replica watches are simply redesigns of existing products, using the same modern movements and dial rolex replica sale as the rest of the brand is catalog. Elements like faux patina, gilding, and distressed leather are then added to achieve an old world rolex replica uk.