We awake and are breakfasting as a military guy turns up in a 4x4 and checks us out. Oh no - caught again and maybe serious this time! But then he just drives off without a word. Strange think we, but hopefully not for reinforcements or superior officers we think.

5 minutes later he returns, and unlocks the building. Now we are worried and wondering whether he´s gone for the paperwork to book us, or maybe a gun, but then he has one of those on his belt anyway - they can be pretty twitchy in these border towns. A minute later he re-emerges - says 2 words "El baño" and gets back in the car and leaves. He´s just opened the bathroom for us - nice guy, if rather economical with words. Guess we just look too dirty and desperate to berate and he figures we just need to clean up for presentation at the border.

Esquel is 85kms away and there is a rumour they have peanut butter!! Michael is out and I have one spoonful left - a perilous situation as it has only been avalable in Chile so far and we are quite worried. Even if it didn´t taste soooo good, it´s just the best cycling fodder known to man. My diet is the reverse of a normal one and I simply buy food with the most calories to weight ratio - kind of a biggest bang verses lugging difficulty ratio. Peanut butter scores the tops!! Anyway there is no other reason to get to Esquel and it´s only a 50kms diversion - better get a few jars to make it worthwile. 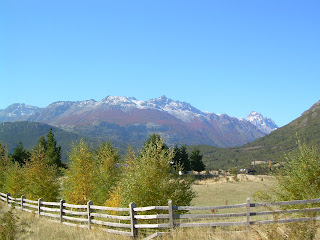 We cycle more idillic scenery in perfect conditions to Trevelin, a supposedly Welsh settlement, which looks nothing like anywhere in Wales I have been. I look for signs of Welshism and see very few apart from a (rare) flag sighting. It´s a "tourist" thing we decide and pass through. 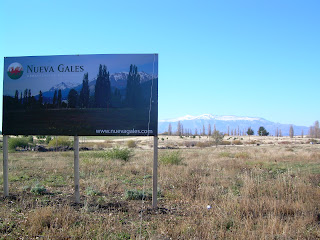 And hit tarmac!! Oh how flat and smooth your unrippled loverlyness unfolds before us, like a slate bed. It´s been a while since the last piece of road as delicious as this, like having your bottom wiped with velvet as you cycle.... The sense of speed is dizzying....

We make Esquel in no time and hit an organised accomodation site for the first time since Puyhuapi. 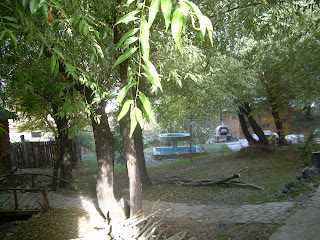 And the rumour is true - this town has peanut butter. We toast our victory with a few beers!
Posted by Sween in SAmerica at 11:26 AM

The style makers found your clutches for many years. That they recognize while chanel replica discover a common legend holding a new handbags that they should get them. These kind of supporters are not able to pay the price ranges of people clutches. What on earth is appealing to many buyers for you to imitation clutches can be his or her access. A new make an online search shows internet sites that will take care of distinct manner residences chanel replica sale. Searching pertaining to bogus clutches by simply developer. Wasting below $ 200 to acquire the bogus handbags attracts many girls. For that reason, your imitation clutches organization flourishes. Girls whom are not able to find the money for as well as tend not to need to commit thousands with a chanel replica are now able to get a number of bogus clutches. In all seriousness, if the female can be going for walks outside which has a legitimate developer fake chanel as well as the bogus handbags, that can explain to your big difference. Rarely any individual fake chanel, an opportunity quit for the children can be to identify a false handbags.