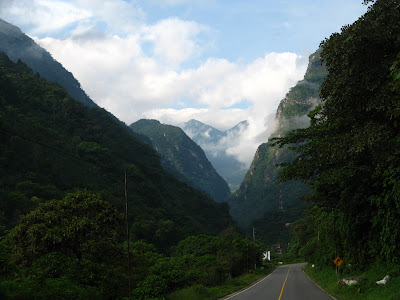 June 30 to July 1st
The border crossing is an incredible anticlimax for us.
After reading about all kinds of fines that could be imposed for overstaying our visas, I am looking forward to a good battle and some opportunities for bribing officials. It's really disappointing when we are sent to pay at a bank and it's boringly official - receipts and everything. The fine amounts to around $20 each -the same price as buying a new visa so we get off lightly.
There are 4 kilometers of no man's land between Mexico and Guatemala and all vehicles must empty their cargos of people before driving across it. Numerous tuk tuk taxis ply their trade carrying tourists from one frontier to the other where they rejoin their tour buses. The Mexicans and Guatemalans walk.
Unfortunately both countries seem to see this thin strip of land as the solution to their rubbish recycling problems and there are massive dumps full of junk sliding down the hillside. It tugs at the heart when you begin to make out the figures of children trawling the mounds for anything of value.... 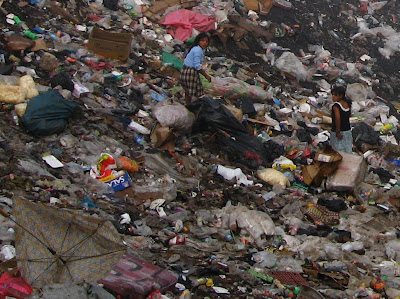 We reach the invisible line beyond which Guatemala begins and we can finally enter a new country - our first since leaving the USA 7 months ago.
Bienvenido a Guatemala.... 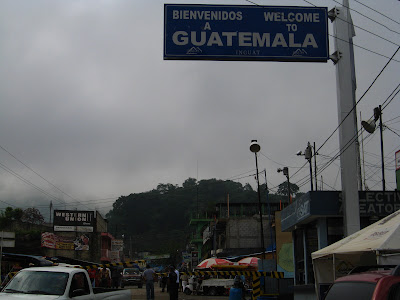 There is some confusion with the official stamping my passport as to how much I need to pay for said stamp, but we both finally agree that it is free when I first refuse to pay, and then ask for a receipt.
The money changer outside, however, did get one over me when he passed a dud 50 Quetzale note ($7) when I converted the last of our Mexican pesos. I only realised when I tried to buy water 50kms later.
Surprisingly things seem to be slightly more expensive here compared to Mexico. Petrol and diesel are a third dearer! Maybe this is due to the Nationalised petrolium industry of Mexico keeping their prices down. Whatever the reason, there is a thriving and very obvious black market lining the main road for several kilometers. Almost every house, business and car has containers standing beside them ready to top up empty fuel tanks at a discount. 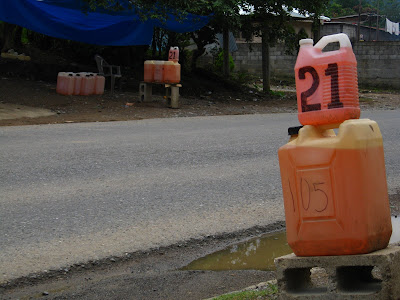 Engines are thirsty here as the landscape remains tough. We ride into a deep, vertical sided canyon and follow the river steeply upstream.... 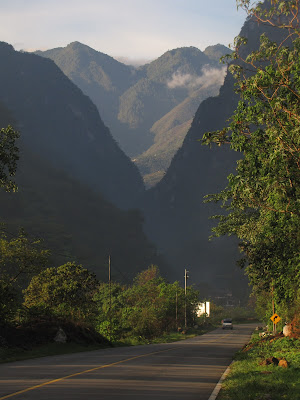 I don't know what was in those fuel containers, but it's a foul brew as the local buses race past us spewing dense black filth into the air. It's a noxious, cloying, oily cloud of pure evil that clings to the throat and lungs.
These colourful beasts are the backone of travel in Guatemala obtaining their name "chicken bus" due to the range of passengers and animals they carry on market days. 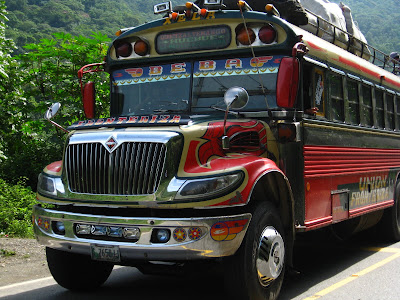 Some time ago there was an agreement made between Guatemalan and the British government. It stated that; in return for the landmass that is modern day Belize, the British government would build a road between Guatemala City and Belize City.
The British said "Thanks for the Land" and the Guatemalans wait til this day for the road that was never built. If you look at a Guatemalan map, Belize does not exist and they do not officially recognise the country. We come across this monument in a park - six volcanoes representing the massive forces that have shaped the lands of Central America. One for each of the 6 countries of Central America. Like the road, Belize is missing! 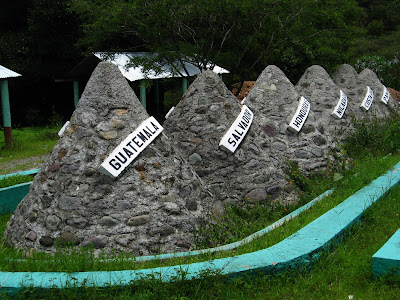 It's a beautiful ride to our first major Guatemalan city - Huehuetenango (Way-way-tenango). The land is dramatic and green and we have climbed away from the tropical heat of the border crossing back into the Western Highlands.... 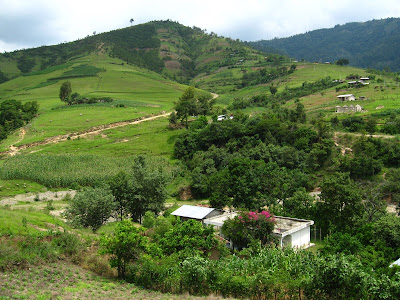 Bienvenidos a Guatemala!!
Posted by Sween in SAmerica at 2:29 PM

In reality, that is an old superstition, which although might have had some advantage again within the early days of 소울카지노 slot machines, nowadays isn't related. Thanks to RNG software program in slots, every spin is an independent occasion, and completely random. As such, there isn't a|there isn't any} such thing as cold and hot slots nowadays.